COVID-19 Precautions: The health and safety of our guests are our number one priority. All of our in-person events will adhere to local and venue-specific precautions and guidelines including, but not limited to social distancing, sanitation, and capacity limitations.

Strategies for Maximizing Your Retirement Income

For baby boomers, there’s been a shift in retirement income planning when compared to previous generations. This is a comprehensive personal finance workshop for those in the early stages of retirement or those about to retire. It addresses difficult retirement decisions such as income planning, Social Security maximization and the risks to avoid. You’ll learn how to incorporate health care, inflation and their considerations into your overall plan. Upon completion, you’ll be better prepared to take the necessary steps to create your own retirement income strategy.

*We will meet in Leprino Hall. Specific room information will be provided leading up to the event.

This workshop meets once for a one-hour session. 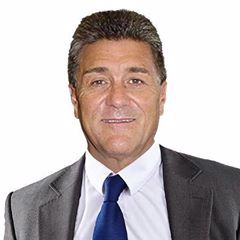 Terry was born and raised in Wheat Ridge, Colorado. He graduated from Wheat Ridge High School in 1969. He then attended Colorado State University in Fort Collins and graduated in 1975 with a Bachelor of Science Degree.

Terry’s pride and joy is his 17-year-old son Trenton. During his spare time Terry enjoys watching all his son’s athletic events and sharing time with Trenton in the great outdoors. Terry loves to fish, camp, ski, and ride his Harley.

After graduating from Colorado State, Terry remained in Fort Collins and began his Financial Services career in 1976. In 1980 Terry moved to Denver and began his 20-year career in the Stockbrokerage Industry. Terry gained extensive experience in all areas of investing, investment banking, and financial planning during these 20 years.

Terry’s 40 years of experience helping his clients with savings, investments, insurance and income planning goals has taught him many lessons when working with people’s hard-earned money. Terry’s most important priority is to build an honest and dedicated relationship with the people he works with. Our goal at Legacy Retirement Services is to help all clients keep what they have saved their entire lives. It was Will Rogers who once said: “The return ON your money is not nearly as important as the return OF your money.”

Select your dates and register below for our upcoming Baby Boomer Retirement Workshop at Colorado Christian University in Lakewood, CO.

This workshop meets once for a one-hour session. Couples may attend for a single tuition cost.

Find a workshop location near you!

Licensed Insurance Professional. This material has been prepared for informational purposes only.  It is not intended to provide, and should not be relied upon for, accounting, legal, tax or investment advice. The information contained herein is based on our understanding of current tax law. The tax and legislative information may be subject to change and different interpretations. We recommend that you seek professional legal advice for applicability to your personal situation. Annuities are products of the insurance industry; guarantees are backed by the claims-paying ability of the issuing company. Respond and learn how annuities and life insurance can be used in various stages of planning for retirement income.